Skip to main content
Close Search
All ResourcesNews and Press

FUSION 15 Recap | Roaring into the Modern Age of Service Management 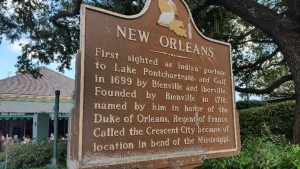 New Orleans, LA – The place to be for authentic Southern cuisine, eclectic culture, live jazz and so much more – welcomed FUSION 15 attendees with open arms this week. We stepped back to a time when speakeasies were swanky as itSMF and HDI put on a show that will stay with us for years to come. In addition to more than 80 content packed sessions, all 1,600+ ITSM professionals were treated to our favorite host Kirk Weisler, a series of spectacular keynotes and tons of local flavor including giant dancing chickens, flappers, dappers, live jazz and a larger than life version of Roy Atkinson! Let’s take a look back at some of the highlights….

Those of you that arrived on Sunday know that the Saints won as the city came alive inside and outside The Hyatt. That evening, the expo hall opened and the networking began.  We met Hoo, snapped a 20s selfie in the cutout car, and learned about countless vendors committed to advancing this industry with new technology and a heavy focus on the end-user experience.  After leaving the expo hall, we noticed many of the attendees gathered in groups helping each other figure out those pesky elevators. O_o

Monday morning kicked off with a show that had the entire ballroom on its feet! Giant chicken dancers pelted the 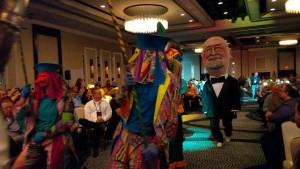 audience with Mardi Gras beads and The Saints literally came marching in behind them. Immediately following the much appreciated introduction to NOLA culture, the itSMF student competition winners were announced. Congrats to Texas A&M University! Daniel Pink then took the stage teaching everyone in attendance that we spend about 40% of our work day convincing or persuading people so, like it or not, we are ALL in sales now. We learned to “decatastrophize rejection” and “shift from solving existing problems to identifying hidden problems”. Ambiverts, which way did you draw the E?

Attendees streamed from Celestin and headed in all directions eager to get to the first sessions of the day. We kicked off the content blocks with Phyllis Drucker where she drove home the point that “Metrics should align with the mission & vision of the organization – demonstrating IT’s contribution to overall success!” Next up on our must see list was Eddie Vidal, the 2014 itSMF President’s Award winner. He posed an interesting question to the room – “How many times do you call the service desk & listen to all the options? What do you think your customers are doing?” After lunch, we stopped to see Janie Aggas and Dennis St. Lawrence. One of the most valuable takeaways – “A customer’s time must be at least as valuable as yours.”

More congratulations are in order after Monday afternoon’s general session. Hats off to Joan Coolidge, the 2015 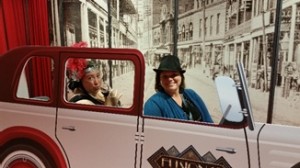 itSMF member of the year and Jay Stuart, winner of the 2015 itSMF President’s award! I don’t think anyone was prepared for what happened next. Sean Stephenson.  Wow. We laughed – at ourselves when he said “I’ve never seen 1000 IT professionals so confused!” We cried when we learned why to put the paddle down. We absorbed everything he was saying and will no doubt begin asking “What’s funny about that?” in our daily lives. Another day of networking in the expo hall commenced shortly thereafter. More selfies (including one of our own!) were taken and prizes awarded. 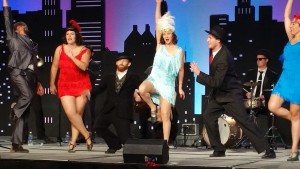 Walking into Celestin on Tuesday, it was clear that live music was planned to kick off the day. What we didn’t expect was the superb performance that followed! It was like walking straight into a speakeasy on Bourbon St. in the 1920s. The Ibervillianaires really brought it itSMF and HDI. Excellent choice! If they weren’t already, the attendees are now lovers of Jazz.  Awards were presented to the winner of the HDI Service Improvement Award and the HDI Knowledge-Centered Support award! Congratulations to Spectrum Health and Paychex respectively. Robert Tucker wrapped up the morning’s general session where we learned that “innovators are dreamers who do” and “the time that we have to react and respond is coming down”. One key takeaway everyone should remember – “The mind is a terrible place to try and retain an idea!”

Attendees streamed from Celestin once again heading in all directions to their content session of choice. We stopped to see Lou Hunnebeck speak on ITSM in the Age of the Cloud. An enlightening session where Lou so aptly pointed out that “We’re not in the Wild West anymore, but we don’t have jetpacks yet either.” Those who were in Lou’s room are sure to remember “Our mission is NOT the technology. Our mission is THE BUSINESS. No shiny object syndrome.” Next up was Manley’s session on transforming your customer experience. His sessions tend to be lively and this one was no different. Just before he had the room on their feet working together, he left us with something that really hit home – “We need someone to give us just enough rope to move forward.” Ask yourself today, tomorrow and every day for the foreseeable future, “Who do I need On Belay today and who will I Belay today?”

Tuesday afternoon kicked off with a session right up our alley. ‘What’s Up with Your Metrics?’ with Jason Falter taught session attendees that “metrics aren’t just mathematical” and “if you can’t influence or control it, then don’t measure it!” Armed with more knowledge from some of the industry’s greatest minds, attendees gathered together for what was sure to be a power packed afternoon general session. Jeanne Robertson did not disappoint! She had everyone in stitches with her hilarious stories of left-brain. All jokes aside, there were some valuable lessons hidden in her humor. One of our favorites – “Feeling the need to continue talking… always a mistake.” Congratulations to Atlanta – winner of the 2015 itSMF LIG Excellence Award and Coca Cola – winner of the 2015 itSMF Project of the Year Award! 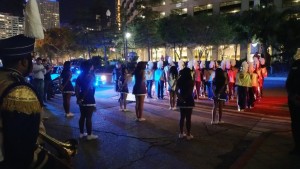 In true NOLA style, FUSION 15 closed down the streets as a marching band parade escorted a sea of ITSM professionals ready to party like it was 1920 to Club XLIV. The food was authentic, costumes were spot on and fun could be found in just about every corner of the club. Palm and tarot card readers in one, caricatures and airbrush tattoos in another and, of course, a local band and packed dancefloor in another. There was something for everyone.

Armed with giant cups of coffee, attendees flooded the conference hall for one more day of content packed sessions. Jeff Rumburg was up first with The Changing Landscape of Continuous Improvement where he revealed the industry’s first real-time benchmarking case studies. He taught the audience that “‘Better – Faster – Cheaper’ is not just a cliché. Those are the 3 dimensions of competition.” And “Everyone is limited in their resources. The goal is to optimize & deliver the best possible service with those resources.” We wrapped up the conference sessions with Malcolm Fry, an industry luminary. Key takeaways included “Enterprise Service Management must be undertaken as a global function NOT ‘bits and pieces’” and “We need to get an understanding of what’s happening.”

Keeping pace with the momentum from the past few days, HDI and itSMF brought us Shep Hyken to close out the day. He pointed out that “There is a big difference between satisfaction and LOYALTY.” And “What’s happening on the inside will 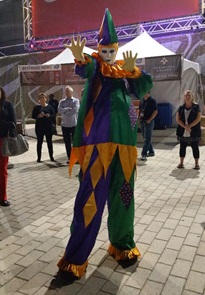 eventually be felt on the outside.” Truths that every ITSM professional in that ballroom will remember as they navigate the cult of uncertainty looking for moments of truth…

FUSION 15 was all about connecting the dots. Finding ways to align ITSM goals with the goals of The Business. Efficiently and effectively navigating the path to continual service improvement. And, strengthening the customer bond by building connections, being more empathetic and, as Robert Tucker said so perfectly, “keeping that flashlight firmly on the future”. A big thanks to HDI and itSMF for another amazing event. Looking forward to seeing everyone again in Orlando for HDI in April 2016 and in Las Vegas for FUSION in November 2016!

All Resources News and Press 2 Comments 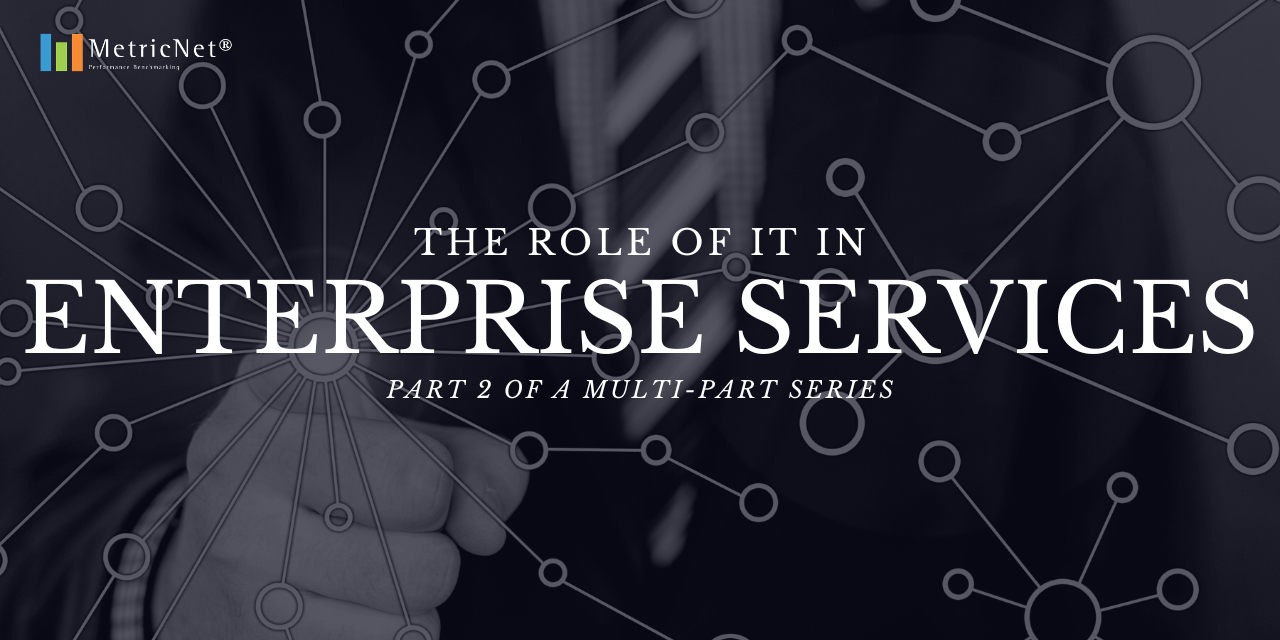 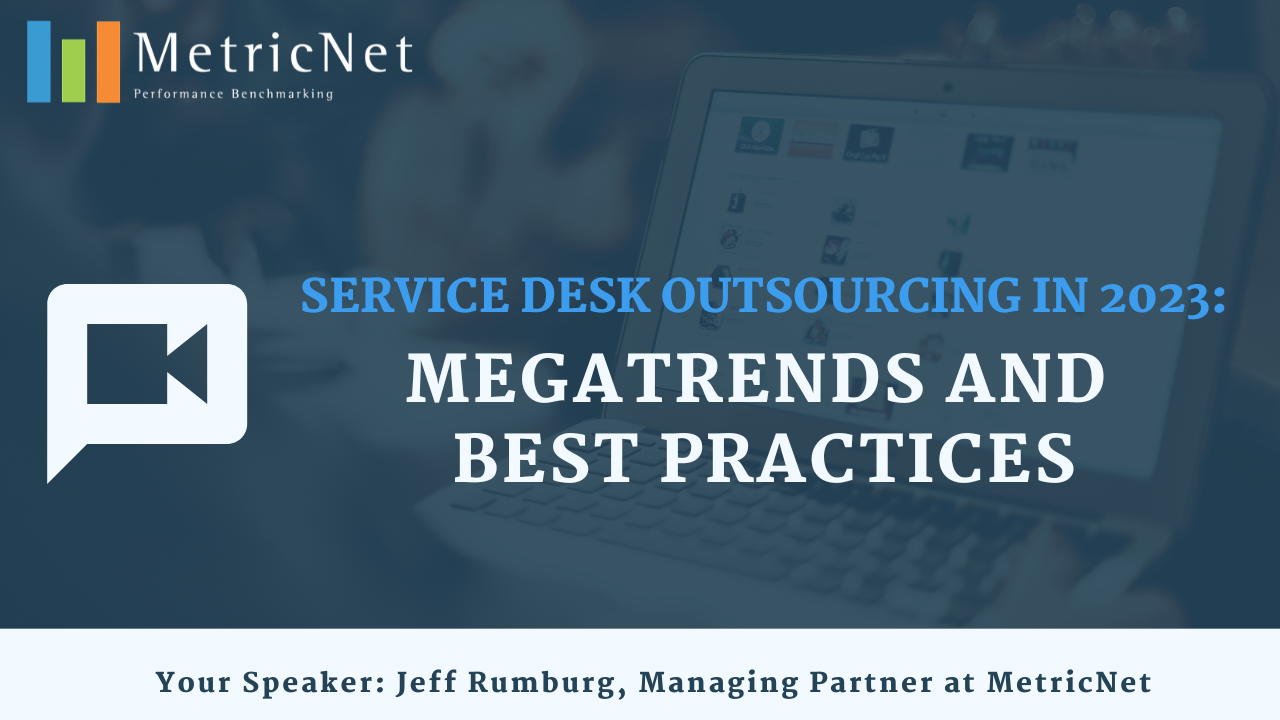